The New York underground can be pretty daunting, but here are our New York Subway tips for tourists. Deep breath, it’s going to be okay.

Take a look at your Google Maps to figure out the best route to your destination (and don’t be afraid to ask a friendly-looking New Yorker for help, we’re nicer than we look). It may be daunting, but worth the experience and the time saved! Subways can normally get you places in New York faster than cars.

*Google Maps Tip* You can download the New York City area locally to your phone so that your maps can work even if you lose reception while underground on the subway.

One ride on the train is a standard $2.75 no matter how far you go, and the card itself costs a dollar. This MetroCard will work on both subways and buses; No need for a separate New York Bus Pass! 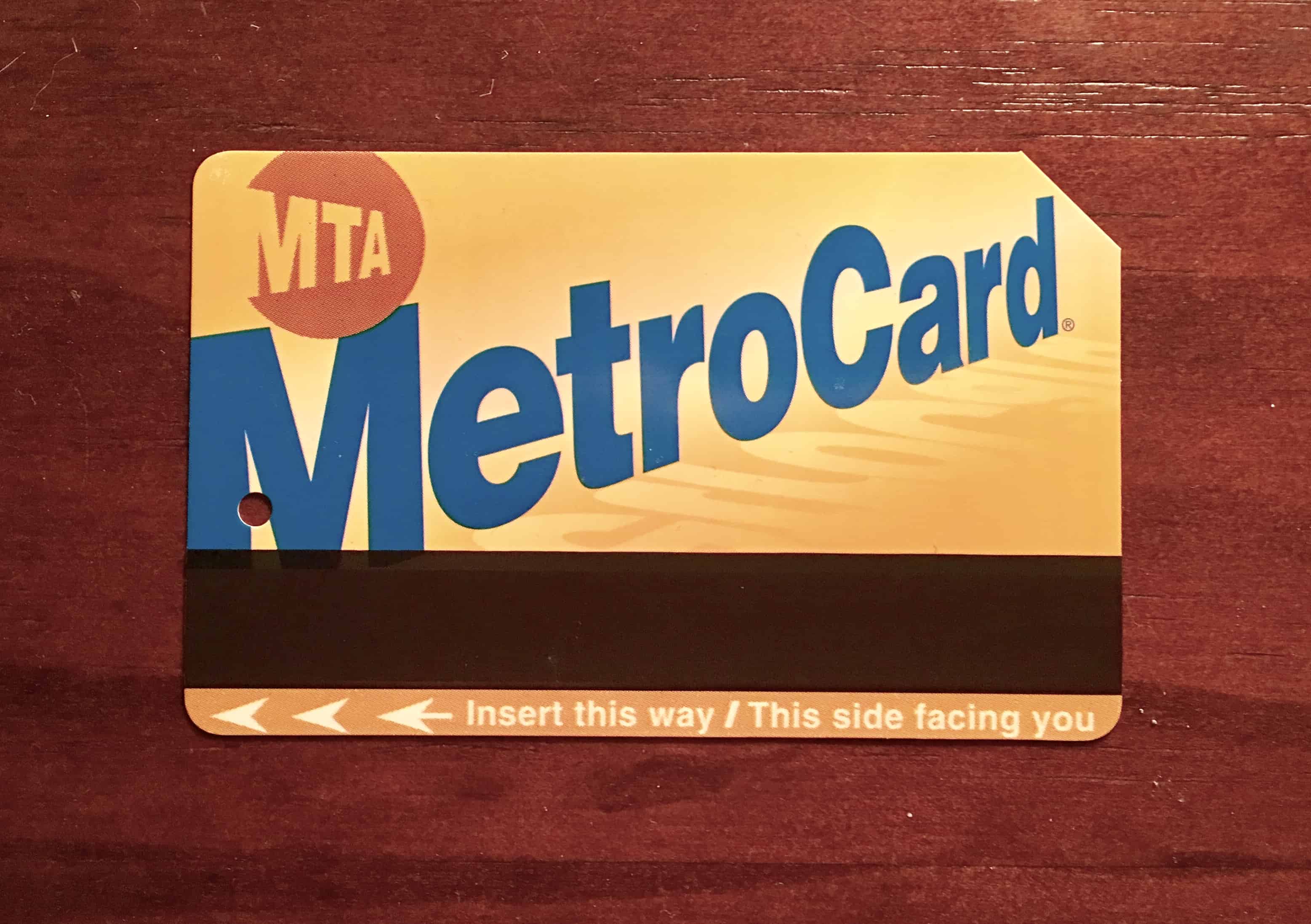 How to order a Subway card online?

You don’t. Online purchases of metrocards are really for people who buy them monthly. But don’t worry, it’s incredibly easy to buy them once you arrive! Just go to any station and use one of the touch screen kiosks.

If you need to buy a metrocard at the airport:

Head straight to the train or bus station you’re hopping on. You can purchase them at the station!

Does the subway take debit cards?

Yes! Most station kiosks take both credit card and cash, but the smaller kiosks only take card. 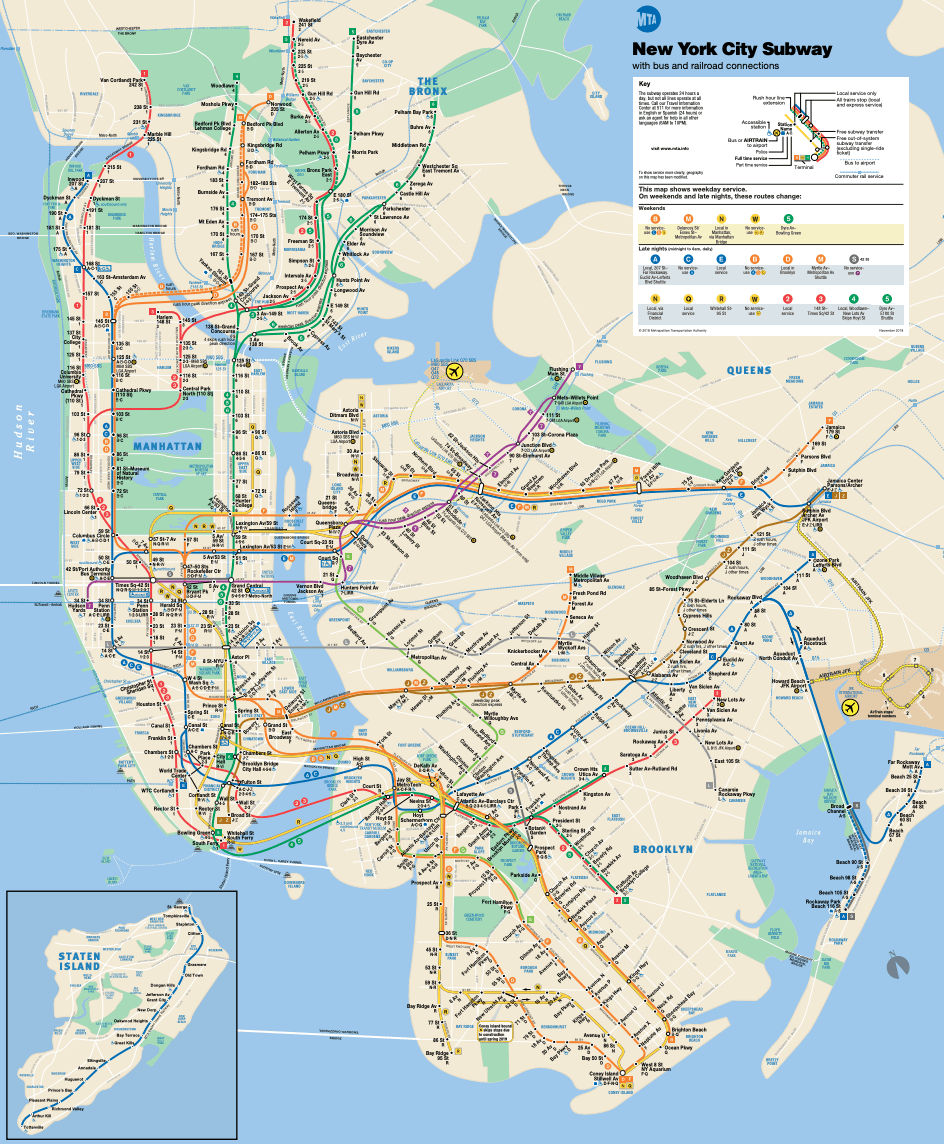 One of the most important things to understand about our subway system is the concept of uptown/downtown. Before you head out for your excursions, take a look at a map. Is your destination further North than your current location? Take your subway line uptown. Destination further South? You guessed it, head downtown.

Take a look at the signs overhead on the platform. Generally, at express stops one side of the track will be express and the other local (same platform). At local stops, there will be one entrance for uptown, and one entrance for downtown. 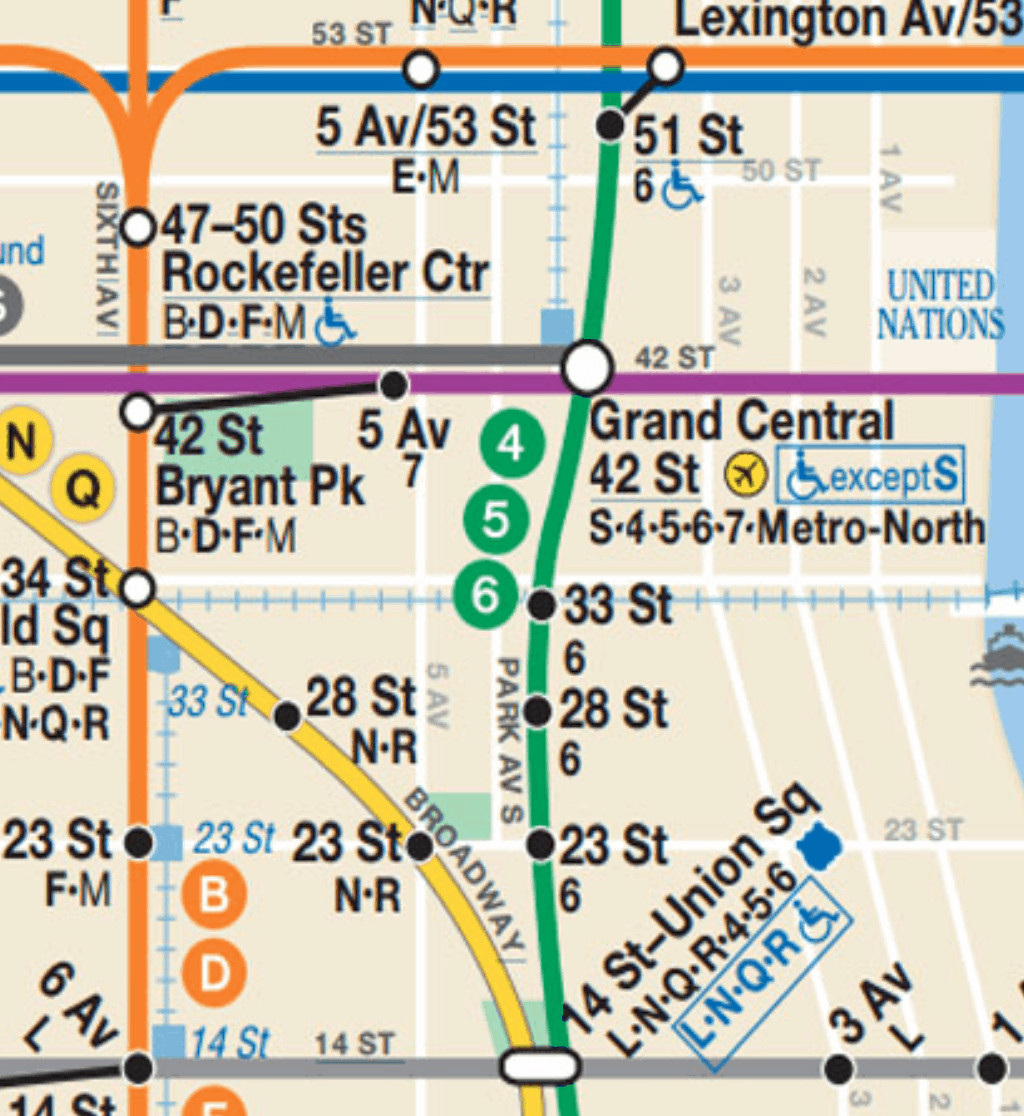 *Sometimes the conductor will announce that certain trains are running local/express. Pay attention if your destination is at a local stop. You may end up zooming right past it!

*Pay attention to the letter or number on the train! Colors will only help you so much! Lines of the same color sometimes split in opposite directions and can make you end up somewhere different than expected!

If you need to transfer trains, and you’ve confirmed from the map that they both stop at the same station, you don’t need to exit and re-enter. Most staircases have clear arrows for you to make it to your next train.

People can live in New York for years and not take the bus once. When I first started using it, I was mad that I had missed out on the convenience for so long! Generally, buses save your tired little NYC legs from walking those extra 10 blocks. Or, if you don’t want to transfer trains and prefer to just sit for an extra couple of minutes, the bus is for you!

There are two type of buses in New York:

*The M60 is a select bus service from LaGuardia Airport to Manhattan. WAY cheaper than an uber or taxi, so if you aren’t in a rush after landing or on your way back to the airport. Hop on the M60! 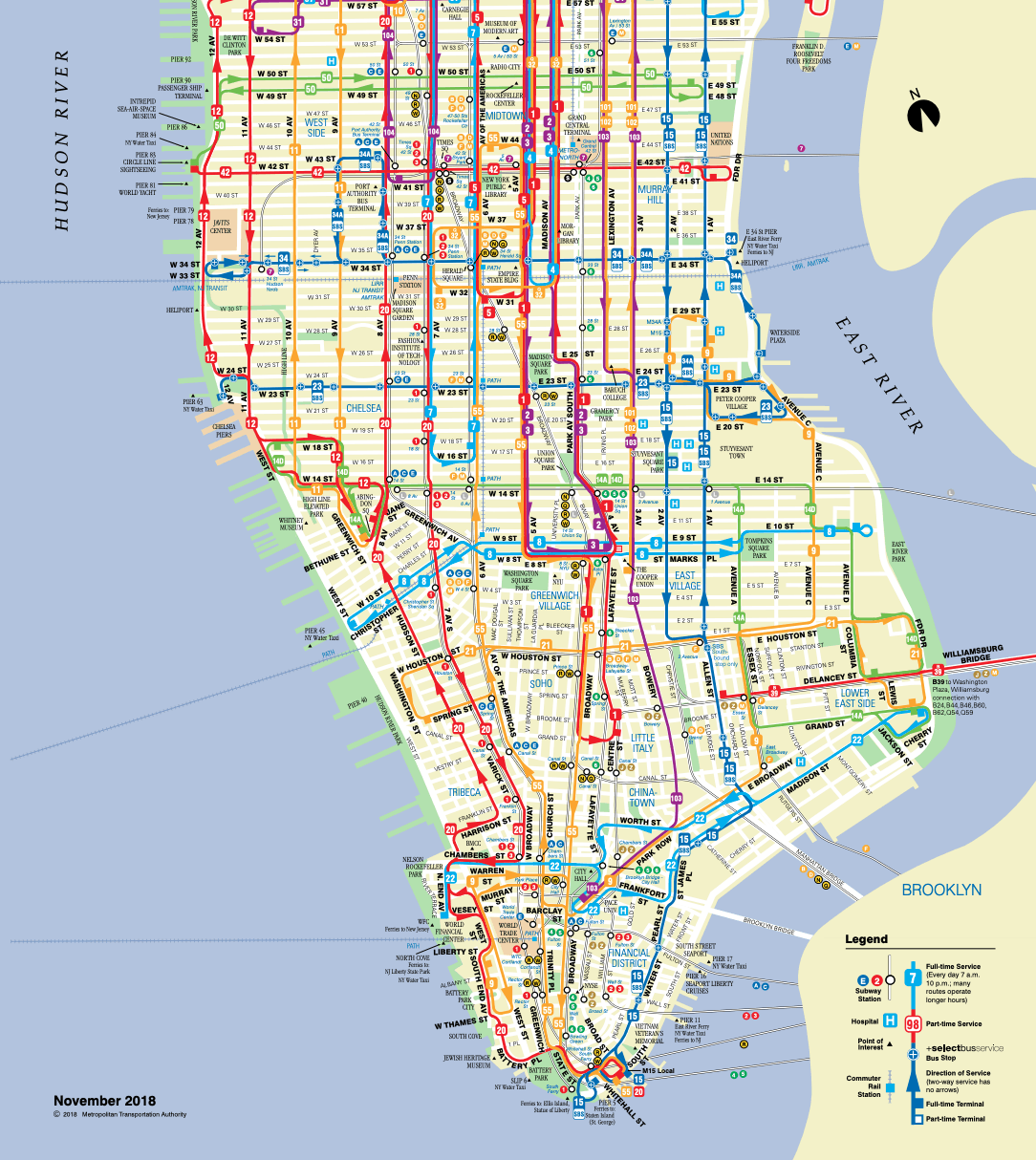 Navigating: Here’s where a good sense of direction comes in handy. Similar to navigating uptown/downtown, make sure you’re looking at a map for where your destination is. Google Maps will tell you which bus to take, but it’s up to you to make sure you board on the correct side of the street. If you board on the wrong side, you’ll be heading clear in the opposite direction.

*Find some mile markers to give you a general sense of direction: The grid system is super helpful (higher numbers mean North, etc), or a few recognizable buildings (Empire State, Chrysler, One World Trade).

Stop at your Stop: The bus doesn’t always stop. If the driver doesn’t see anyone waiting at the bus stop, they will keep on plugging away. To make sure the bus lets you off, press the “Stop Requested” button on the poles once you’re one stop away. This lets the driver know, “Hey, I’m getting off at the next stop!”

Etiquette is a very real thing on NYC Public Transit. Here are a few tips that will keep you from making New Yorkers grumpy on the train (trust me, if we’re happy you will be too):

Boarding: Like your mom taught you the first time you got on an elevator, step aside and let people off first. There will be more room for you once they’re on their merry way. There is nothing worse than trying to get off the train and having a wall of people standing in front of you getting mad because they can’t get on themselves.

Whilst on Board: Things not to do…

Things You May See 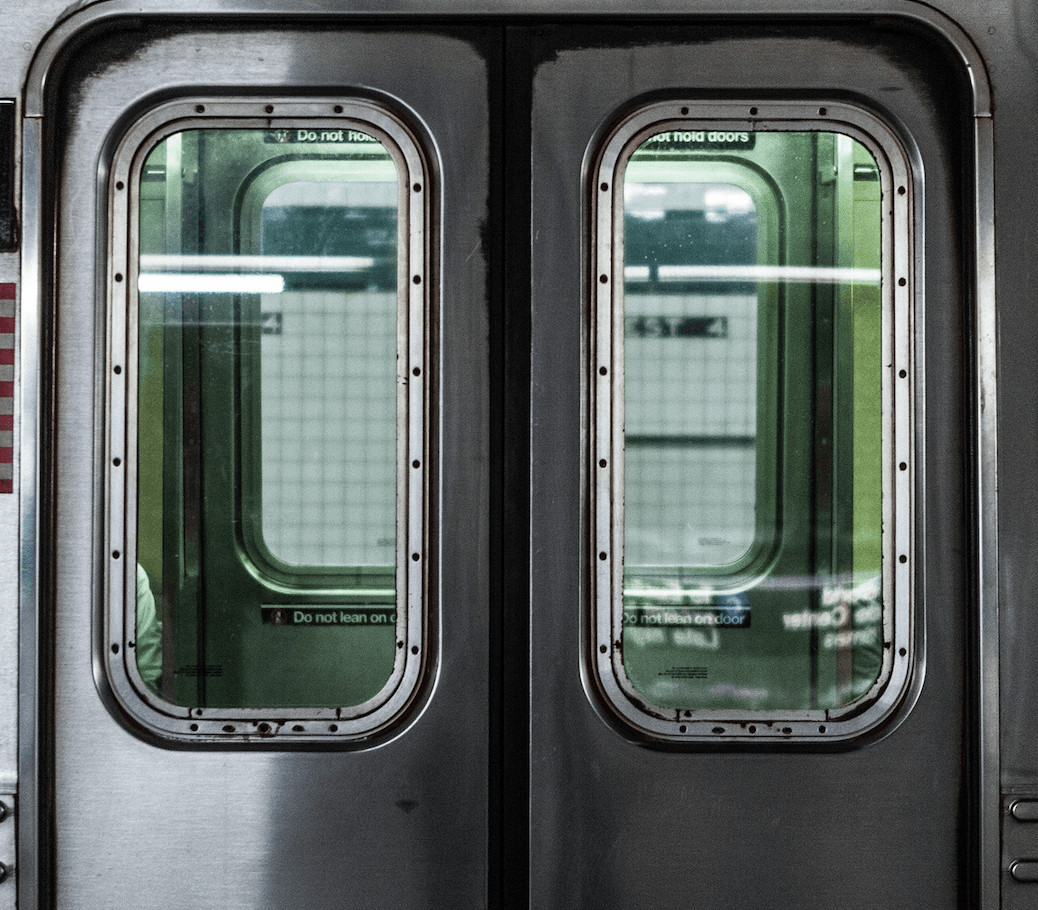 For nightmare worthy Subway sights, follow @subwaycreatures on insta. On a normal day, there may be a few alarming things, but nothing worth causing a scene over. If you truly feel uncomfortable, quietly remove yourself from the situation or notify nearby security.

Panhandlers: It’s no secret that you’ll bump into a few homeless in the tunnels, on your train car, or on the platform. They will hop on your car, tell a sad story, and ask for money. You’re the judge of what you do in those scenarios, but coming from a New Yorker, know that they are always there (sometimes with the same story, and sometimes different). I’m not a totally insensitive jerk though, I’ve given money to those I believe are being honest. As a fun fact, an average New York panhandler makes about 60k a year.

Showtime: Breakdancers, magicians, musicians, even comedians hop on the train and give a little performance. If you don’t plan on handing them money, don’t stare or record (I know, it’s hard not to sometimes). If you watch or video, they’ll be expecting you to pay for the performance.

Have questions about the New York City Subway? Leave them in the comments and we’ll answer them for you!