Interview: Tom Burden on Launching the Grypmat and How to Launch a Product

Tom Burdon On Launching the Grypmat

UPDATE: The Grypmat Kickstarter was a success. They raised over $100,000 and made it into the top 1.5% of all Kickstarter campaigns

“There will be many sacrifices to make, as with any independent venture, but the opportunity could be large.” 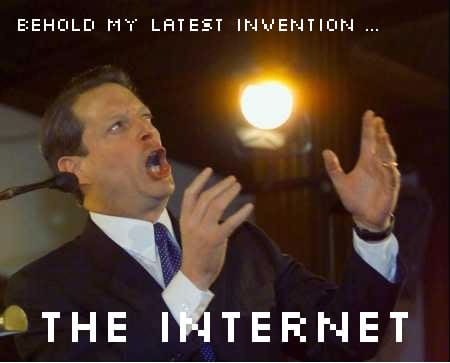 Don’t be Al Gore! Launch a product for REAL like Tom Burden Did.

Tom Burden and Lucas Williamson have been inventing products for years and have successfully run numerous Kickstarter launches.

Tom works as an F-16 mechanic in the Airforce and invents crazy things like red dot scopes for rifles with the rest of his time.

Lucas is an experienced inventor and kickstarter expert. He has the design savvy to solve any problem and marketing know-how to sell ice to an eskimo.

It’s not called the Grypmat for nothin’

Q & A With Tom Burden and Lucas Wiliamson 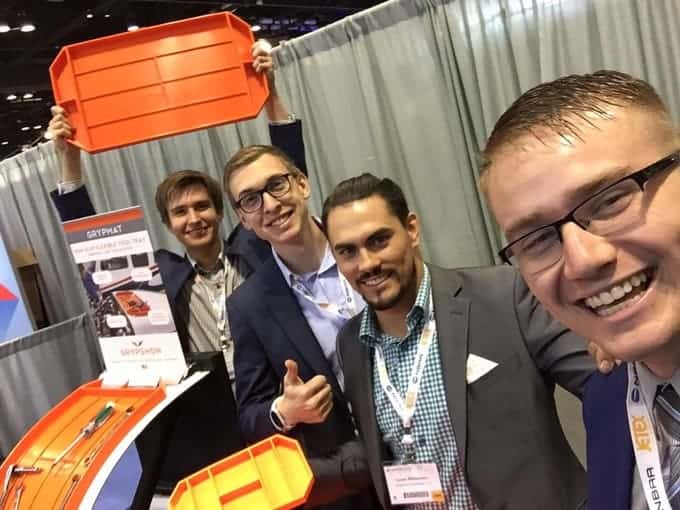 Tom Burden Pictured far right and Lucas Williamson one to his left.

LN: What were the biggest objections you faced while trying to strike it on your own with your products? How did you overcome the doubters?

“I talked to over 10,000 people about the product at that point, if we have to use the word “Luck” I would say that sounds like bad luck.”

Tom: Biggest obstacle has been getting the chemistry and manufacturing. I have a mentor that has been in the manufacturing world for the past 30 years and has 15 products in Walmart. A lot of ppl say, “Wow! you got so lucky meeting him!” Honestly I hate it when people say that.

It was two years before I met him and I talked to over 10,000 people about the product at that point, if we have to use the word “Luck” I would say that sounds like bad luck.

Life Nomading: How many products have you Launched? What did they do?

LN: How have you found time to develop, and now launch a product – all while working a full time job as an Air Force mechanic?

TB: I am in the Air National Guard which is a department within the AIr Force. I would work at the base one weekend a month while a full time student.

I get excited off of developing a product, any extra time I had I would spend time in making the product better.

A lot of times my college studies would suffer due to working on my products. Once I skipped a college exam to attend a meeting with a potential distributor. 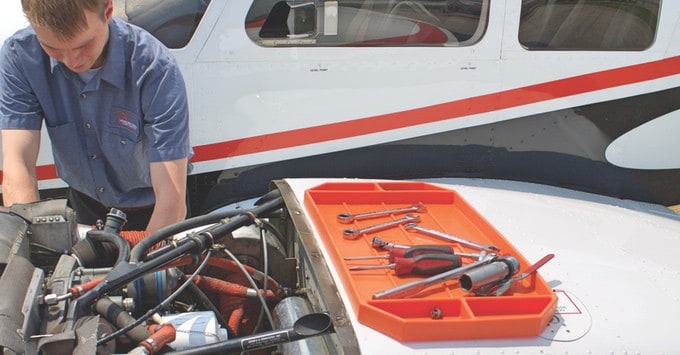 LN: What is the perception of entrepreneurship in the military? How have your colleagues reacted?

Tom: Some support, some criticize. Always going to have fans and haters. 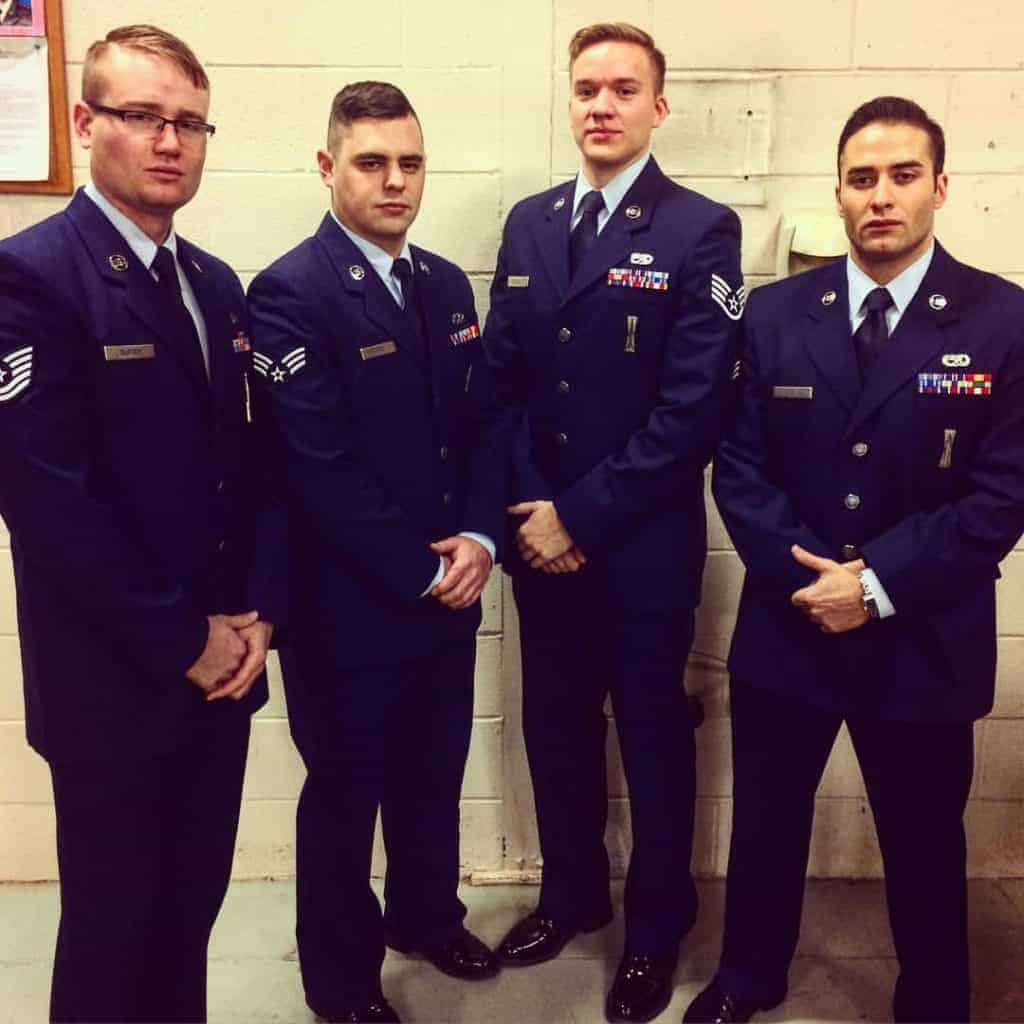 LN: You have been developing products for years now – what started this passion?

TB: So this is a weird question that I think about a lot. Why do I do what I do? Why do I wake up at 4am to start my day working?

If you had a superpower that no one else could do, would you use that power? Let’s say fly, would you fly (answer: Duh of course I would fly)? What if you had a friend that could fly but they said that it’s really hard to fly so they don’t do it, how would that make you feel? It would make me resent them and mad that they don’t use their unique gift.

My gift is to be an inventor. The thoughts I have, have never been thought before, and my power is that I can bring ideas/inventions into existence that no one has ever thought of, and If I don’t then they may never exist. Inventors and startups create the future, they are the cutting edge of the future, my job is to create the future. 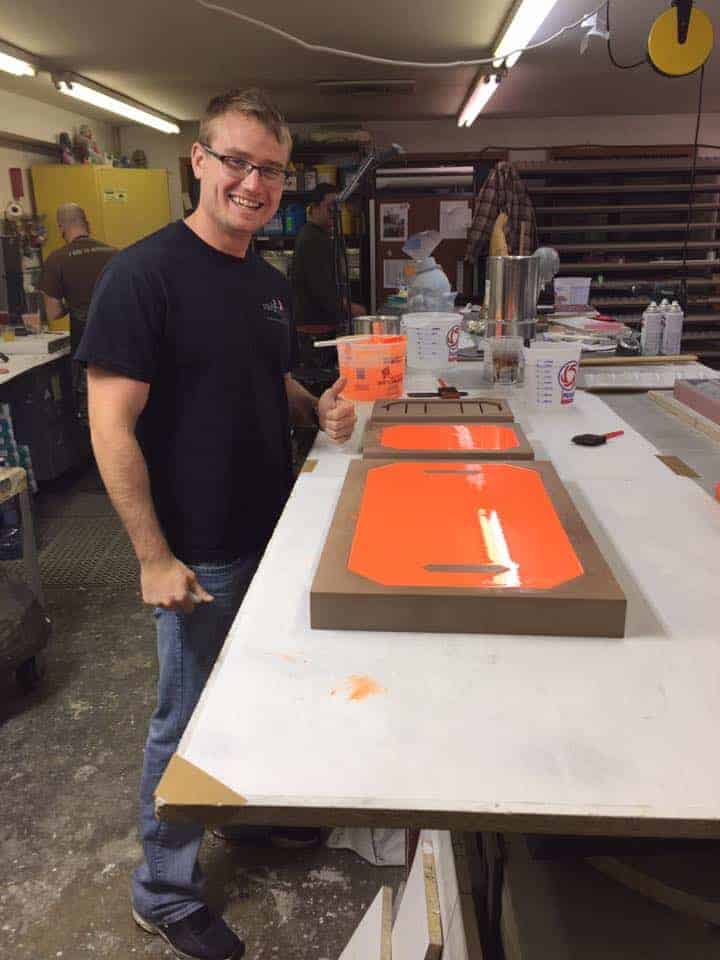 LN: What have you had to give up to make this dream a reality [Launching your own product]?

TB: Two biggest things: finances and confidence through trials. There has been a lot of hard times financially to get the product where it’s at. Finances are much better but still not out of the woods.

There have been a lot of times that I have wanted to quit, once when I was going to stop everything I called my cousin and she said, “is this something that you need to stop? Are you to the point that you’re not paying bills or feeding yourself? Or is this something that you’re going to look back on and regret not seeing what was around the corner?”

That is something that has kept me going, not wanting to regret quitting.

“There is a lot of leg work that can be done on your own for free instead of paying a professional.” 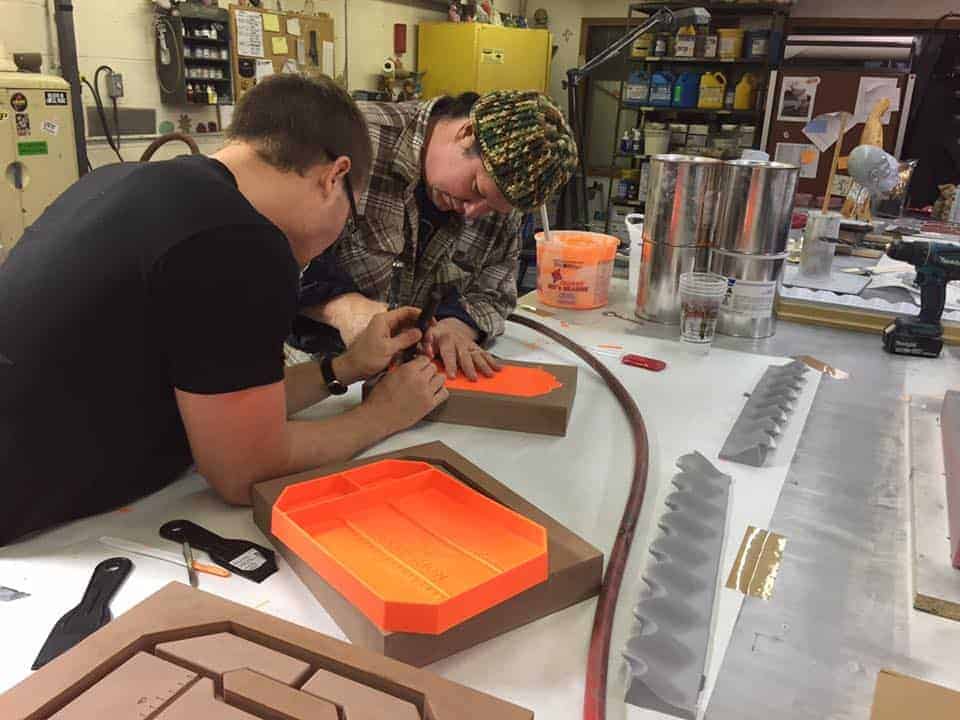 LN: What’s your methodology for innovation and how do you come up with your ideas? 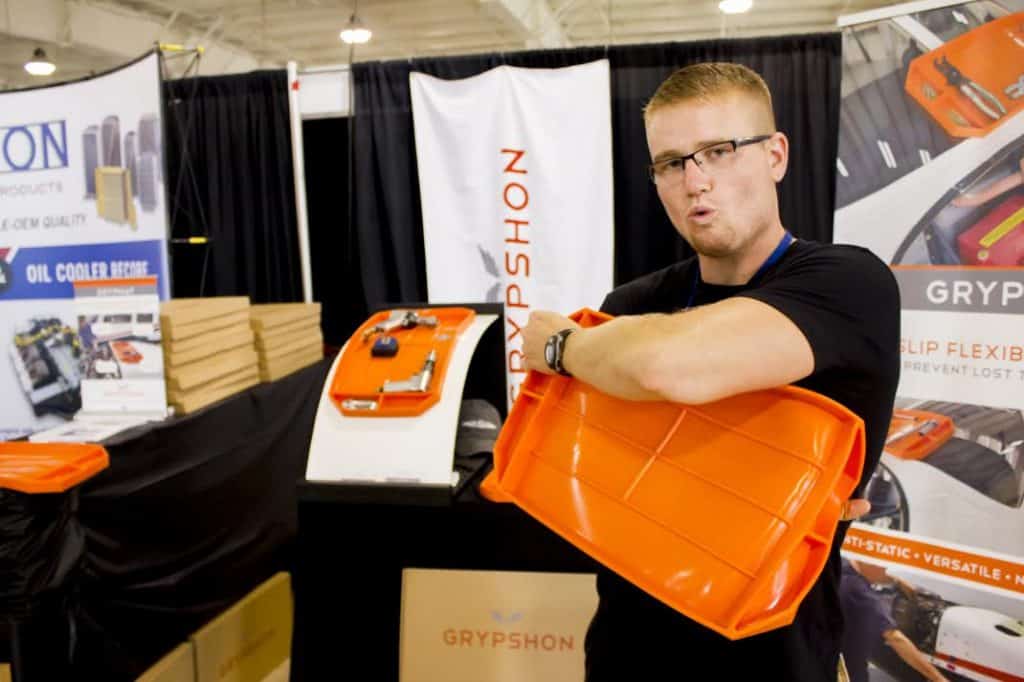 LN: How has bringing on veteran product designer/marketer and kickstarter expert, Lucas Williamson, helped you shape this product launch?

Tom: Working with Lucas has been very complimentary to my skill set. We are have very similar visions but are skilled in different areas of bringing a product to life, I feel we are a very balanced duo.

Lucas: I have been vital part of 2 successful campaigns, and 1 one that failed. I have consulted high level on a handful of other campaigns some failed some succeeded.

Here is a list of the products I have worked on: 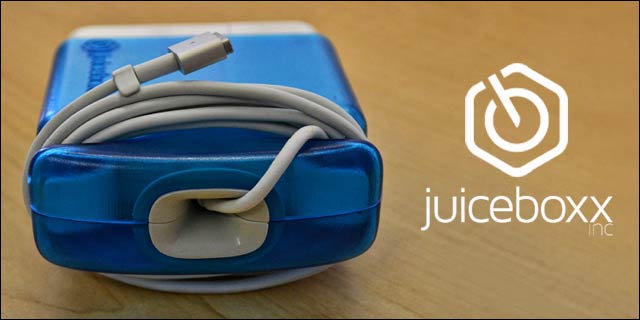 LN: Lucas – Could you share one of your Kickstarter secrets with us –  or would you have to kill us?

Lucas: Employ thy GOOGLE. When I started out I knew nothing about crowdfunding. I dug in and began researching to educate and collect the resources and skills to be successful. Mostly from the world wide web. Hustle and perseverance goes a long way.

LN: What is one of the biggest mistakes you see first timers on kickstarter make?

Lucas:  The Kickstarter community has evolved into it’s own animal. A realm different from that of e-commerce or big box retail. It’s much harder to get a consumer to loan you cash upfront, and wait months to receive it, rather than just ordering something on Amazon Prime and getting it 2 days later.

Newbies need to really nail down their target customer and have a solid plan of action to market to them.

“It’s much harder to get a consumer to loan you cash upfront, and wait months to receive it, rather than just ordering something on Amazon Prime and getting it 2 days later.” 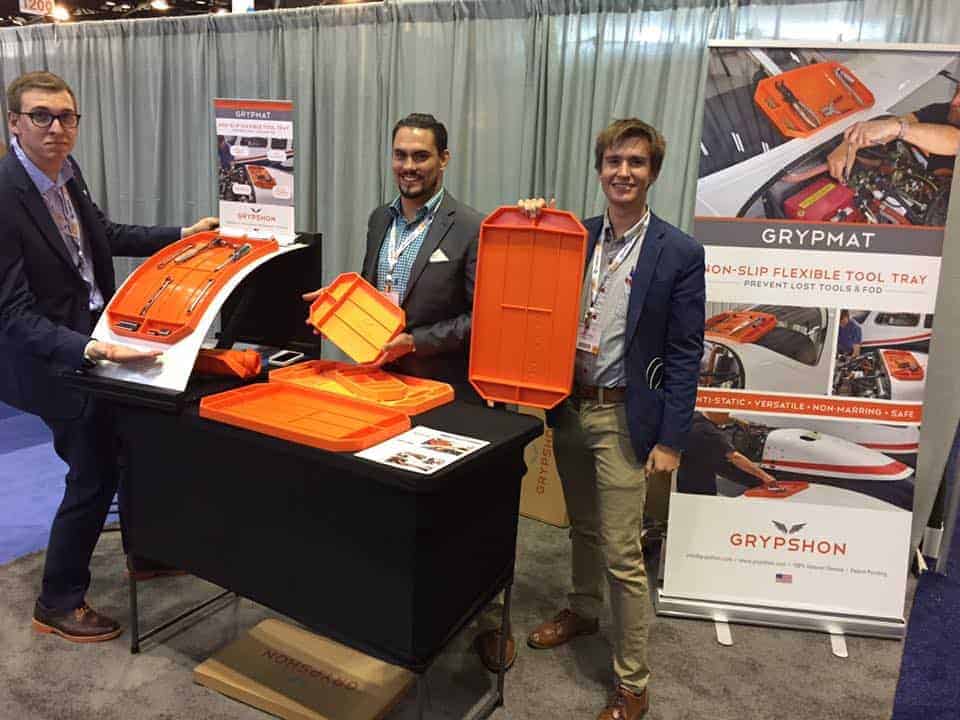 LN: Lucas and Tom – A lot of our enterprising readers have product ideas of their own. What is the first step they should take?

Lucas: Get the product in front of customers. Confirm there is a pain point and a demand for said product. Make sure you can make it with the proper margins to run a viable business. Then, come talk to me to help you launch it.

Tom: First step is make a prototype, an MVP. Minimum Viable Product, make it yourself, do not pay someone to make it, not the first one, maybe not the first 10.

So what happens is that when people do not have experience and want to pay someone else to do everything they waste a ton of money paying people to make mistakes.

There is a lot of leg work that can be done on your own for free instead of paying a professional.

LN: How can our readers support your kickstart campaign? When is it launching?

Tom:  Our campaign is running for 30 days from January 3rd – February 3rd. on Kickstarter.com

Here are 3 ways you can help support our campaign: 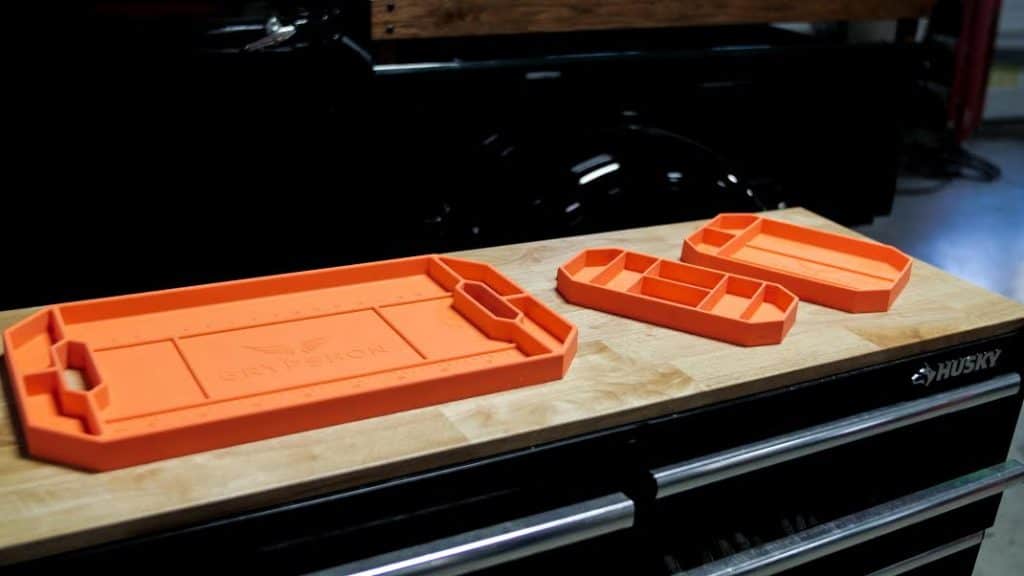 LN: Is there anything else you would like our readers to know?

A Few Pro tips from Tom and Lucas:

At the end of the day building a product is a lot of hard work. However, launching a product can create immense value and help you realize the dream of working for yourself.

There will be many sacrifices to make, as with any independent venture, but the opportunity could be large.

When launching a product, remember you need to solve a problem and the more people with the problem you are solving  – the bigger the opportunity for profit. Now go out and turn those ideas into a reality! 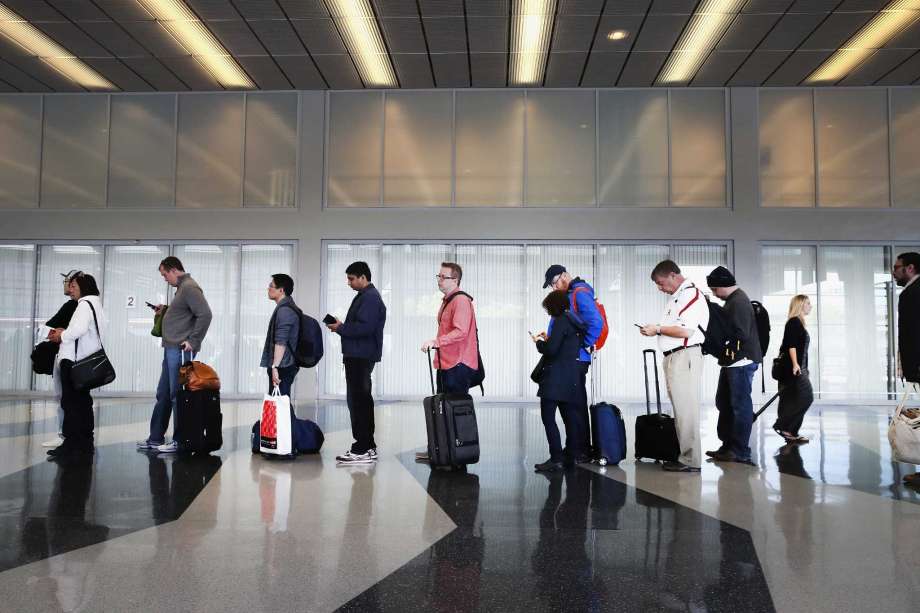 5 Ways to Get Through The Airport Quicker

5 Ways to Get Through The Airport Quicker