Sometimes you just have to go against the wise words of TLC to discover fun things in your local area. In our case it was about discovering a waterfall in Columbus, Ohio.

As was the case this past weekend when my girlfriend and I decided to head out into the good ole’ outdoors on a day in February where the Ohio weather decided to peak in the mid 60’s. After we got over our amazement of this weather phenomena was providing, we decided on a whim to go adventure a bit. Her and I have been wanting to find a waterfall that was supposed to exist in Columbus, Ohio for a while. Mind you, our state is very flat even in Columbus. So the thought of a waterfall being in our city made little logistical sense to me. I had to see it to believe it.

Regardless, we did what any millennial couple would do when venturing to a new place… we Googled it. We found the park on Google Maps and proceeded to get lost even with technology at the helm. (and I’m a pilot)

SPOILER ALERT: We found it, like you see in my second (yes I said second) vlog, above!

The waterfall was surprisingly larger than I imagined. It was very cool and dare I say beautiful. Once we took the required Instagram photos and soaked in the beauty a bit, we decided to head on home. 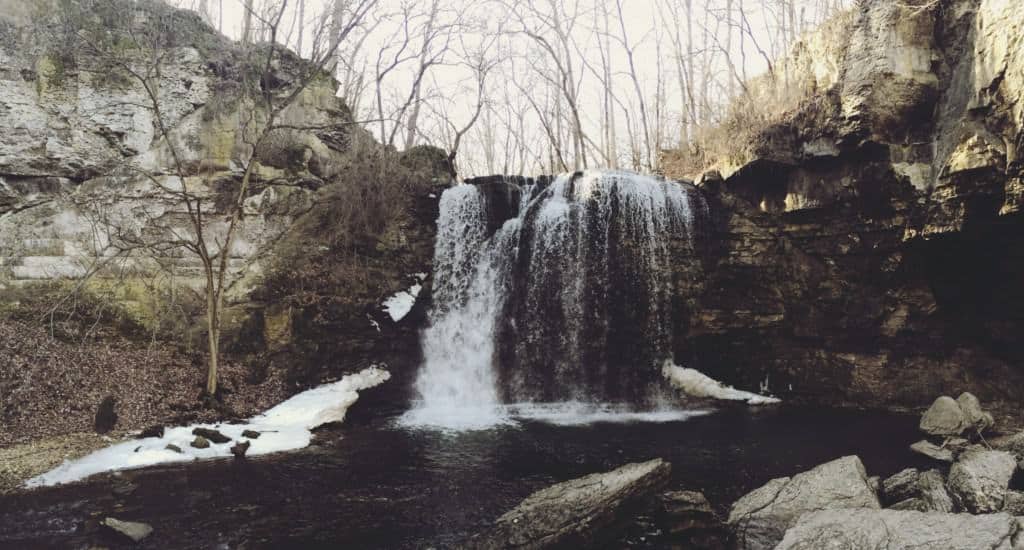 But wait there’s more. We were near the Ohio State University airport (KOSU) so as any true #avgeek would do, we had to make a pit stop. I’ve been dating my gal for a while now, but I had yet to show her one of the biggest aspects of my life… aviation. I think this was a small sneak peak into where most of my life is spent during work and play. She was actually somewhat interested in how the airport operated as we stood face against the fence watching airplanes. She even watched airplanes fly off into the far distance long after their departure (all signs point to good). She may have been just putting on a show for me, but I’d like to think she is taking to the airplane thing. 😉

Anyway, it was a great outdoors day in the middle of a midwesterner winter. Back to hibernation and winter activities for a bit longer.